Water heaters have largely remained the same for decades, with some improvements in efficiency along the way. But on April 16, 2015, the National Appliance Energy Conservation Act (NAECA) mandated new water heater energy factor (EF) standards for most new appliances. This applies to most electric, gas and oil-fired water heaters as well as tankless models, and it also affects some commercial appliances.

The water heaters that you’re accustomed to inspecting will probably remain in service for a while longer. But new homes that you inspect will have these high-efficiency appliances, and so will older homes where the owner recently replaced an older model.

Here’s what you need to know about the new water heaters entering the landscape now and in the near future:

It’s All About Saving Energy

The new water heater standards revolve around using less energy to produce hot water for the home. That also saves the homeowner money, at least in the long run. Probably not up front, though. These new appliances are expensive. And in some cases, “expensive” means nearly double the cost of what’s soon to be considered an old-fashioned model.

The added cost of the new appliance will probably negate any savings on lower energy bills, at least in the first year or so. But on the energy savings side, the value is evident. During the last phase of energy efficient updates, the projected greenhouse gas emissions saved were about 316 million metric tons. In the 2015 phase, the U.S. Department of Energy says that the savings are projected at an additional 172.5 million metric tons. 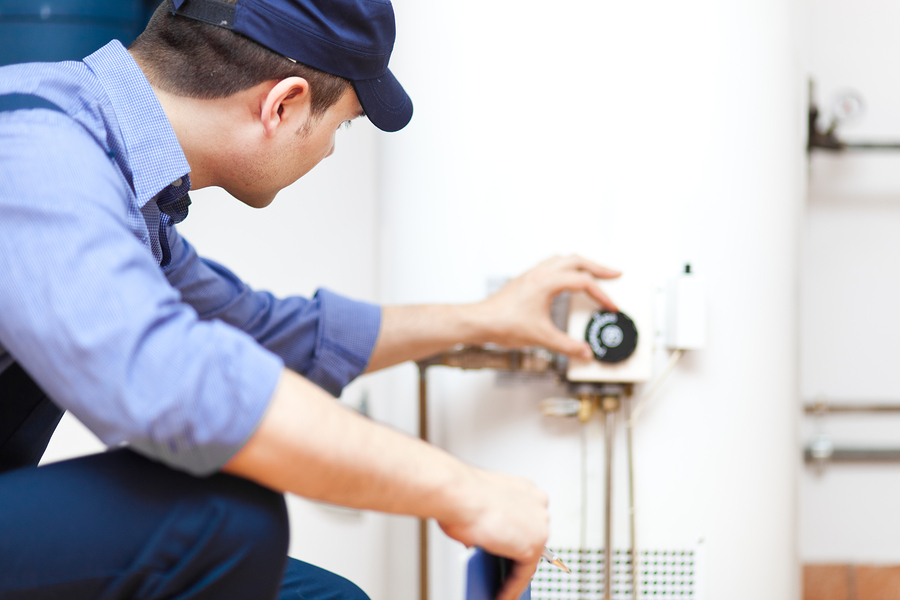 Older models will phase out entirely as they gradually go out of service for good.

One of the ways that new tank-style water heaters will save energy is through additional insulation around the tank. You’ve probably seen some water heaters that use an insulating blanket around the tank, which was intended to serve a similar purpose. With new models, about an inch of insulation will be added to the old standards. And where there’s more insulation, there’s a larger water heater even though the tank isn’t getting any bigger.

Expect to see heaters that are about 2 or more inches taller and about 2 inches larger in diameter. In closets or other tight areas, that might be a problem. StructureTech says that most new appliances will need a minimum of 3 additional inches around the heater to accommodate it safely. If the homeowner doesn’t have space to spare, you might find some unsafe installations.

The typical electric water heater is a relatively simple appliance to install and inspect. Not so with the new tank-style models. To meet the new efficiency standards, which have doubled for electric models over the last standards, new appliances are switching to heat pump technology the same as is used for a refrigerator or a heat pump used to heat and cool the home.

Gas water heaters are changing, too, at least those with tanks over 55 gallons, according to Consumer Reports. New models are power vent water heaters, with their own exhaust, a power source and a method for disposing of the condensate. Installation for electric and gas models is different from what you’re accustomed to.

Everything changes, and sometimes it’s a good thing. Most homeowners aren’t thrilled about the cost of these new water heaters or the differences in how they’re installed. But in time, they will be the norm. It wasn’t that long ago when tankless water heaters were cutting-edge technology, and now they’re just another way to get hot water. Check out the Plumbing-Heating-Cooling Contractors Association to learn more about the new standards.

Home inspectors are always faced with something new. That’s why getting the best education that you can is so important, and also why ICA School is there to provide it. If you’ve been thinking about getting your certification, there’s no better time. Enroll now, and join the ranks of those who have studied at home in their own time to start a brand new career.