Inspecting a water heater is one thing; inspecting its TPR valve is something else.

Have you encountered a water heater’s Temperature and Pressure Relief (TPR) valve yet? You will. Have you decided whether or not inspecting one is in your scope of work? You’ll probably do that, too.

Homeowners use the water heater throughout nearly every day of the year, and often with barely a second thought. But these appliances are a lot more dangerous than most homeowners realize. They’re dangerous for a home inspector, too. That’s why so many inspectors don’t check the TPR valve, and the ones who do are more than a little careful about it.

Why Some Inspectors Don’t Test

The warning label alone is enough to show just how dangerous testing the TPR valve can be. The danger isn’t necessarily in the test, though. It’s in whether or not the valve seats properly again once the test is done.

If it doesn’t re-seat, the water heater will probably leak. It might leak a lot, which is a situation that you’ll probably catch the blame for. If the valve is defective after it’s tested, pressure can build up, then keep building up and cause something quite like this explosion:

Why Some Inspectors Do

Some inspectors believe that testing the TPR valve is absolutely in the job description. That’s true, even though association Standards of Practice don’t require it, says Working RE, and most state Standards don’t, either. Even in states such as Texas, where the Standards to call for TPR valve inspection, there’s a substantial loophole that lets the inspector opt out for almost any reason.

The reason some inspectors always do is because of the very dangers other inspectors try to avoid. In the “inspect it” camp, finding a defective TPR valve is something that a homeowner probably can’t do, so it’s the inspector’s duty to identify a problem if it exits. 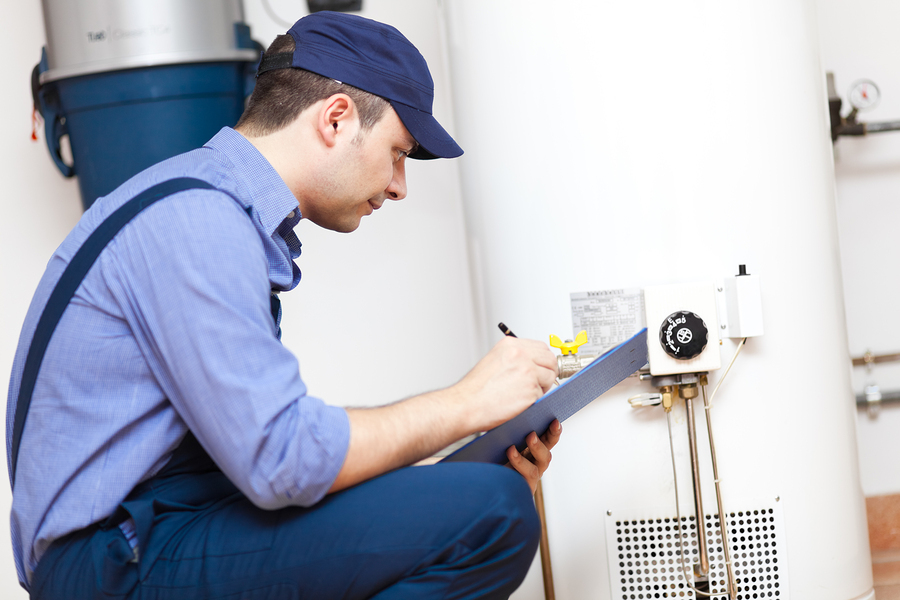 Whether or not you perform a physical inspection, you’ll still record the visible condition of the valve.

When in Doubt, Use Your Instincts

Whether or not you work in a state that requires TPR valve inspections, chances are you have a means to opt out of it. That puts the ball back in your court. If you’re comfortable with the inspection, by all means go for it. If you’re not, it might not be worth the risk.

As with most things, there is a level of experience that some inspectors rely on to show whether or not a valve is defective before it’s opened. Some recommend practicing a TPR valve test on a new water heater that’s not in operation so you’ll learn by touch what it should feel like. Then if you encounter one in the field that resists opening, you’ll have a better idea about whether to leave it alone.

You have plenty of opportunity to do a lot of good for customers, but there’s also some risk. Sometimes you can’t predict the risk. But in the case of a TPR valve, the warning label should be indicator enough. Sometimes a bad valve leaks. And then sometimes it launches through the roof and into the neighbor’s backyard.

Either way, it’s like the game of Hot Potato: The last person to touch the TPR valve is “It.”

Home inspecting covers a lot of ground. There are numerous systems to learn, and lots of possible defects to remember. That’s why ICA School’s program is comprehensive. You’ll learn through instructor-led video and a wealth of study materials, and you can do it all at your own pace. Enroll now and get started today on your new career.

Do You Need a High School Diploma or GED to Become a Home Inspector?
May 20, 2019