Your Inspection Contract Matters and Here’s How to Write It

A great contract helps clarify your job scope and protect your legal rights, which saves you a lot of headaches.

The primary reason contracts exist is to set forth in clear terms the scope of an agreement. That helps every party involved understand exactly what they’re getting into. No surprises equal a happier inspector and customer, and those are always good things.

Your home inspection contract helps avoid the possibility of crossed wires, misinterpretations, and ruffled feathers, and it can even help you avoid a lawsuit. You should get an attorney’s advice and assistance when you’re ready to create a binding contract. Here are a few elements that you should consider including.

All that it takes is a quick Google search to learn just how many buyers and homeowners misunderstand what home inspectors do. Some file a lawsuit because asbestos is discovered later on during a demolition. Some publicly claim that an inspector didn’t perform his job because the HVAC system gave up its ghost a month after the sale was final. Those claims can damage an inspector’s reputation in no time flat.

Your home inspection contract should clearly explain what you can and can’t do. For example, without Superman’s X-ray vision, there’s no way for you to know that asbestos is lurking underneath a kitchen’s vinyl floor. At least not unless you destroy the vinyl to find out. And because you don’t have a crystal ball, you can’t (and shouldn’t) predict when an appliance might fail.

Some customers expect inspectors to know the unknowable. But as most of them aren’t experts, they might never have thought of it without seeing the wording in your contract. Define your scope of work clearly, succinctly, and without too much wordiness. Keep it simple, but also cover all of your bases.

Part of covering all your bases includes an exculpatory section built into the contract. This is also known as a limited liability section, and its purpose is to protect you against unfair and unreasonable claims. You might also know it as a set of disclaimers.

It’s important to know going in that disclaimers don’t always work. ASHI Reporter explains, “For decades, state courts have wrestled with issues relating to the enforcement of exculpatory clauses. In some, but not all, states, depending on the particular circumstances, exculpatory clauses may be enforced as long as the language is clear and unequivocal.” They’re not a failsafe. But they also can’t work if they don’t exist.

Your lawyer can help iron out disclaimers that are both reasonable and enforceable. For example, an attempt to avoid all liability probably won’t hold water, no matter how clearly it’s written. And in some courts, judges frown on exculpatory clauses altogether. 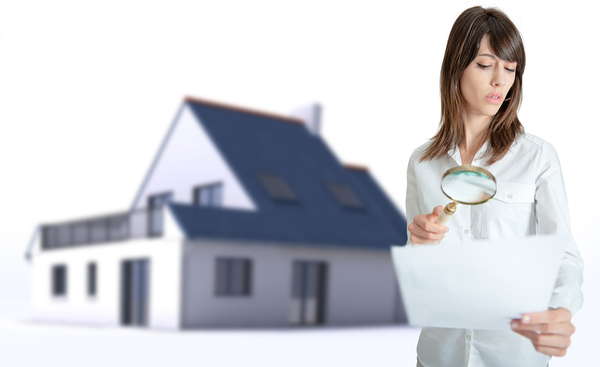 With a solid contract in hand, customers have a much more reasonable expectation.

Other Sections to Include

In addition to the scope of work and exculpatory clauses, ASHI Reporter says your inspection agreement might include any or all of the following sections:

Remember, a contract only exists as a legal document if it is signed. If it’s not, it’s just a stack of papers without any legal bearing whatsoever. Most clients aren’t present at the time of an inspection. So a good practice is to provide a copy of the contract to the client and have it faxed or delivered back. Faxed copies are usually acceptable, but ask your attorney to be sure.

Home inspecting is solitary work, and there’s a much smaller volume of paper chasing than in many other professions that you might consider. But some paperwork is vital for you, your clients and for the long-term health of your business. Talk with a business attorney and get a great contract that puts everyone’s mind at ease.

ICA School doesn’t stop with educating prospective home inspectors about how to spot defects. We’re here to help every step of the way with building up a profitable, successful business. If you haven’t yet made the decision, there’s no better day than today. Enroll now and start working toward your certification at your own pace.