What Can Home Inspectors Expect from an Infrared Mobile App? 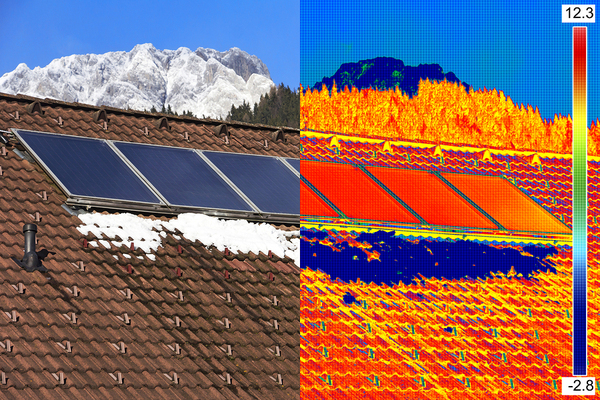 Now the technology to find heat loss and cold spots is small enough to fit in your pocket.

The cost of an infrared camera is coming down but there’s another option for home inspectors that’s even more affordable: an infrared mobile app. We know what you’re thinking. How can an ordinary smartphone transform into a high-tech thermography device? It’s not a trick, not like the mirror apps that never really worked. Smartphone thermography is made possible through a simple add-on that’s compatible with iPhones and Android devices.

So how do they work and are they worth the investment? For many inspectors, they’re easy and effective. You won’t get the same level of clarity as you would with a high-dollar and equally high-tech FLIR handheld thermal imaging camera. But for general home inspections, they’re definitely worth a second look.

How Thermal Imaging for a Mobile Device Works

Probably the most confusing part about thermal imaging for mobile is how a phone could take thermal images at all. Of course, every smartphone has a camera. But thermography is different. It measures electromagnetic radiation.

A thermal imaging camera detects varying levels of this radiation and gives the user a visual representation of it. The heat that radiates from each object is visible as different colors through the device screen. With mobile, you need an attachment.

An infrared mobile app is actually two parts. One is a plug-in device and the other is the downloadable app, itself. The plug-in is a separate camera, and it captures the temperature differences. When used with the mobile app, the add-on camera takes the pictures or video, and the app lets you view it on screen. 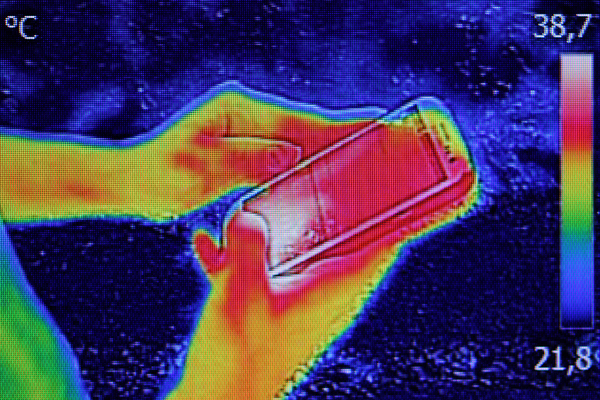 You won’t get the best imaging with mobile, but in most cases that doesn’t matter.

What Level of Information and Clarity Can You Expect

As you might expect, a mobile thermal imaging camera can’t really compare with a $40,000 FLIR T1K. But it doesn’t have to. For general home inspections, that level of precision isn’t vital to the operation.

You look for temperature differences, which helps you inform the customer about potential problems with the house such as air leaks and poor insulation. You don’t need the ability to read the fine print on a manufacturer’s label, and you probably don’t need a perfect temperature reading.

At under $1,000 (usually much less than that) for practically every mobile infrared camera, it’s worth the investment. At least if you want to provide infrared services. Some devices, such as the SEEK, cost under $300. According to CNet, the SEEK XR attachment offers better clarity at a distance than the original camera. FLIR is also in the mobile game with an option that also costs less than $300.

Thermal imaging helps you offer a much better value in home inspections for your customers. You can detect hidden hot spots on electrical panels, detect flaws and inconsistencies with attic insulation and even find evidence of water in a basement when the walls are barely damp.

These handy tools aren’t cheap, but the mobile option makes them attainable for even an inspector who is just starting out. And with ICA School training, you’ll receive our thermal imaging class free of charge with enrollment to our home inspection course.

Still on the fence about home inspector training? Get a free course demo today and try on a course for size.