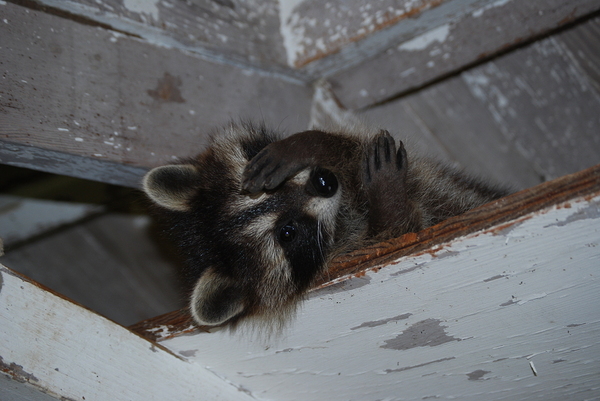 For something so cute, raccoons and other critters aren’t always welcome.

You’ve heard a lot about infrared cameras, also called thermography. They can help you discover hot and cold spots in a home, which helps the homeowner learn more about heat loss, energy conservation and whether a house might be difficult to keep comfortable. But infrared cameras have another trick up their sleeve: they can often spot pests!

That’s right, a thermal imaging camera detects the heat that radiates from an object. And because many pests radiate at least some energy, the pictures that you take could reveal a whole different family living in the basement, attic or between the walls of a home.

You might not offer a full complement of pest inspection services. But the images that you take could arm customers with the knowledge that the house needs a deeper pest investigation. 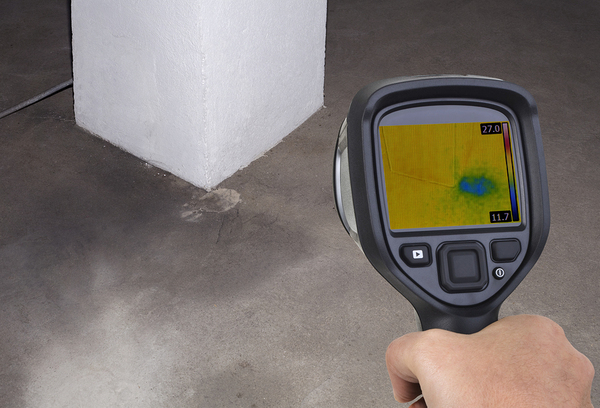 The presence of water can give an insect’s game away.

Why Thermography Works for Pests

The first step in getting rid of a pest infestation is finding out where they live. Ordinarily, that requires a manual examination of the property. An inspector might rifle through the attic looking for evidence, such as nesting or droppings. And he might also dig into the foundation, look through the crawlspace and listen for some of the telltale sounds.

Many creatures also radiate at least a little heat that infrared can pick up. For example, a raccoon can hide in an attic, but he can’t turn off his body temperature. An infrared camera can detect it, even if it’s hiding in the insulation. And Wisconsin-based inspector, Charlie Roy, tells the Journal Times that moisture is yet another giveaway.

Insects are attracted to moisture, he says. And damp areas typically register colder through thermal imaging. So where an infrared camera detects moisture, which is a problem on its own, insects might also be present.

According to FLIR, an infrared camera can pick up infrared energy as heat, transform the energy into an electronic signal, which can then produce an image. The camera’s small, digital screen shows the object in question using a range of colors, each shade representing a different temperature range.

For example, reds, yellows and oranges typically represent warmer temperatures. Colors toward the bluer end of the spectrum usually represent colder temperatures. Many modern thermal imaging cameras let you choose your own color scheme, too. In higher-quality cameras, you can home in on temperature ranges with great precision. And some companies now have thermal cameras as add-ons for a mobile device.

In an attic where the floor is well insulated, you might see a sea of blue. But then over in a corner, a red, yellow or orange spot could be an opossum, raccoon or even a mouse. It might also be an air leak that’s letting the downstairs heat escape. But either way, the heat reveals a problem to investigate.

Thermography is a highly scientific concept that’s made easier through modern, easy-to-operate thermal-imaging cameras. They’re nearly point-and-shoot. Just aim the camera at an area, look at the image display and interpret what you see. When you know the color designations for heat ranges, you’ll know at a glance which areas are cold and which ones are warmer.

Pest inspections probably aren’t part of your usual repertoire. However, the more information you can offer a client, the more valuable your services become. You don’t need to set out every day in search of raccoons, squirrels, opossums or even a neighbor’s stray cat. But if, in your search for energy leaks, you happen to spot a squatter, your thermal imaging camera can help make eviction much easier.

Home inspectors have some of the most interesting tools. And ICA School can help you learn to use them effectively. If you’re ready to start your new inspecting career, enroll now and learn more about infrared technology plus other tricks of the trade.