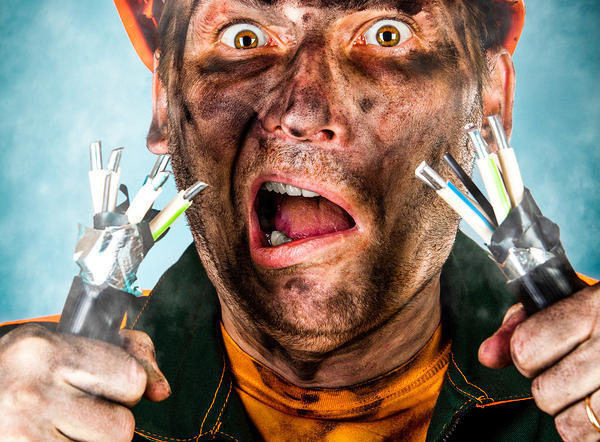 You’ll find plenty of outdated 2-prong outlets and inoperable 3-way switches throughout your career as a certified home inspector. However, some wiring defects are cause for immediate concern and quick intervention.

What merits an ASAP fix? Here are 5 electrical issues that shouldn’t wait.

While not technically a wiring defect, this electrical issue is common and it can be deadly. It creates a fire hazard in a matter of minutes. If the homeowner uses light bulbs (lamps) with a higher wattage demand than the fixture is rated for, things heat up in a hurry. If the fixture, insulation or box melt, electricity can arc and start a fire inside the ceiling.

Recommended fix: swap out high wattage bulbs for lower wattage ones that match the fixture rating.

Wire splices should only happen inside the protective cover of a junction box. Unprotected splices outside a junction box isn’t an immediate risk, but it could pose a fire hazard if the wires suffer damage or the splices loosen.

For the most part, load centers, more commonly known as fuse or breaker boxes, are safe. However, some are known fire hazards. The most noteworthy examples are Federal Pacific Electric panels. Not only are an overwhelming number of FPE panels defective, ASHI Reporter says a New Jersey court ruled that the FPE company was found guilty of committing consumer fraud.

Recommended fix: replace FPE and any other defective panel with a new, compliant load center. 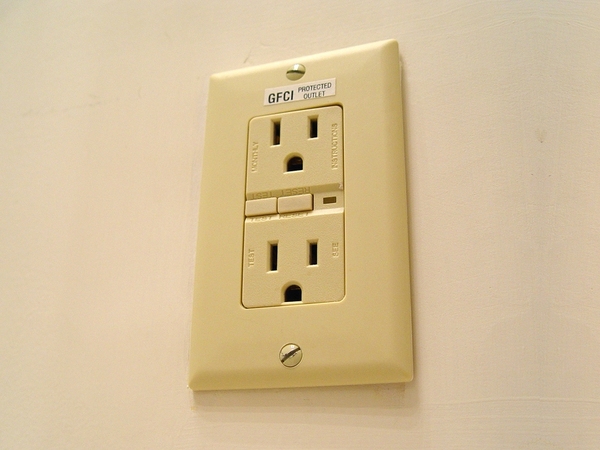 GFCI outlets have the telltale test button, but protection might be in the breaker panel instead of at individual outlets.

Ground Fault Circuit Interrupter or GFCI protection helps prevent shocks by shutting off power if the device detects that the current is going the wrong direction. That’s a special hazard in wet areas, which is why GFCI outlets should be installed in kitchens, baths, laundry areas and other locations where water is an issue. If GFCI protection is missing, wet areas carry a much higher risk of electrocution. Additionally, Arc Fault Circuit Interrupter or AFCI protection is generally required in all sleeping areas. It helps guard against electrical arcs that can start a fire.

Around the middle part of the 20th century, aluminum wiring was the wiring way to go. It was cheap, but it was soon discovered to carry a high risk of fire. According to This Old House, aluminum corrodes when it contacts copper, which can leave loose connections, arcing and sparking.

Recommended fix: rewiring the whole house would be a pricey endeavor. According to This Old House, the homeowner could “retrofit a dielectric wire nut approved for aluminum wire,” which protects conductivity while guarding against corrosion. If the home undergoes remodeling, the wiring should be brought up to code.

It’s easy to take electricity for granted. Flip a switch or plug in an appliance, and it tends to work without issue. Unfortunately, electrical defects can be deadly. They can also lurk, as the wiring isn’t visible throughout the house.

ICA School gives you the tools to find electrical hazards and warn your customers about where they exist. Ready to learn more? Enroll now and study home defects as well as home inspection services at your own pace.