If you’re not yet a certified home inspector and don’t have a background in electrical wiring, some of the terms might be puzzling. Long before you thought about entering the field, you probably know about GFCI protection, since it’s so common in kitchens and bathrooms. But what about AFCI protection? It’s code in many areas now, but where it is used and what’s its purpose?

Both AFCI and GFCI devices protect people and property from the effects of electricity run amok. Here’s an introduction to what they do, where they’re used and how to know if the home you’re inspecting has enough.

At least as often as not, the ground fault circuit interrupter or GFCI device name is shortened to GFI. You’ve seen outlets with GFCI protection, probably many times. They’re obvious, usually with square-shaped receptacle plates, a small test button and sometimes a small light.

Ground fault circuit interrupters protect people from electrical shocks, burns, and accidental electrocution. It uses sensors that can detect a surge or imbalance in the electrical current running through the outlet. If the sensor picks up an imbalance, the safety button trips and the electricity flow stops. That’s why a GFCI outlet with a tripped sensor requires resetting to restore the flow of electricity. 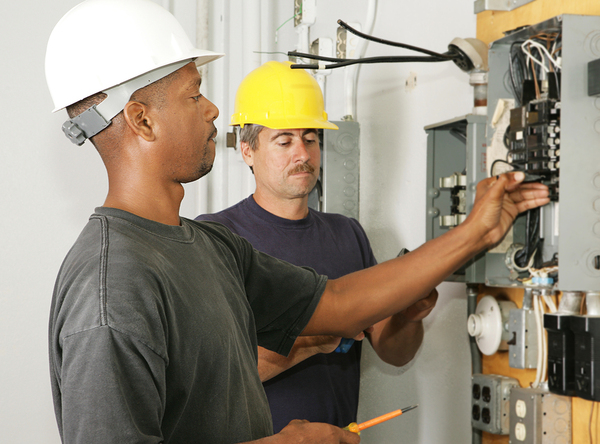 Any circuit protection device installed at the panel protects the whole circuit that it feeds.

GFCI Protection is Available at Receptacles an in Breakers

GFCI breakers do a bigger job than a single outlet, protecting the whole circuit instead of only one receptacle. In areas with high humidity, such as laundry rooms and bathrooms, a GFCI breaker can give the lights as well as outlets the same protection.

Electrical arcs are a leak of sorts. If there’s a broken wire, degraded wiring insulation, or if a hot wire touches anything that it shouldn’t, electricity can travel through that wire and arc. Where there’s an arc, there’s often a spark, and that leads to house fires.

AFCI Protection is Usually at the Electrical Panel

Unlike the common GFCI outlets, AFCI protection is usually found at the electrical panel. AFCI breakers protect the entire circuit from arc-triggered fires. In many parts of the country, AFCI protection is required in all bedrooms. Some jurisdictions might require additional protection, as well.

Electrical safety standards are always improving. Along with them, devices that break the flow of electricity advance to offer homeowners better safeguards against accidental shocks, burns, electrocution, and fire. GFCI and AFCI devices are two prongs of electrical safety. Together, they offer more protection for a broader range of hazards.

You’ll learn about these devices and much more in ICA School’s home inspection training program. If you’re not quite ready to enroll and want to learn more, check out a free course demo to see it in action.