If you think home inspecting has always been part of the property buying experience, you might be surprised to learn the truth. Certainly, many buyers over the years have asked a knowledgeable friend or carpenter to kick the tires, so to speak, before making such a large investment. But until the 1970s, home inspecting as you know it today did not exist.

The industry is evolving today at an increasingly faster pace. More states are moving toward licensing, buyers are savvier and competition requires home inspectors to go the extra mile.  In 20 years, the industry of today might seem downright antiquated.

Here’s where home inspecting has been and where it is likely to go in the future.

Before Home Inspecting, Buyers Relied on the Friends Network

Home buyers from the early 1970s and back didn’t have a friendly neighborhood home inspector to give them a thorough accounting of defects. Instead, people who didn’t know the ins and outs of home construction either entered into the purchase relatively blind or they asked a friend or relative to lend a hand.

The obvious, glaring issues with asking a friend to investigate the property were twofold. First, the seller might not allow access. They weren’t required to let anyone inside. That’s still true today, but sellers tend to grant access rather than lose the sale. And second, there was no uniformity in the industry. What one person considered a defect might fly under another person’s radar.

As more Baby Boomers became homeowners and the housing market soared, the need for reliable home inspections became much more apparent. According to inspector, John Bowman, the “contractor’s inspection” was the order of the day. After all, who knew more about home construction than someone who was involved with building them?

Unfortunately, the contractor’s inspection of the early 70s primarily focused on structural issues. There’s a lot more to a home than the framing members. A new roof has never been cheap, and neither has a furnace or plumbing repair. Bowman explains that “home inspection” was the next wave of an industry that was evolving to encompass what homeowners really needed to know.

By the time the mid-70s arrived, home inspectors who had worked independently put their heads together and imagined a better way. The California Real Estate Inspection Association and the American Society of Home Inspectors were born. You probably know them as CREIA and ASHI, and they’re still around today.

Home inspector associations have worked to create uniformity in the industry and predictability for home inspection customers since long before any state stepped in with regulations. When those regs did come along, association leaders helped form them.

In 1984, everything changed again. In the California civil case, Easton vs. Strassberger, the court decided that real estate agents had a duty to inspect residential real estate that’s for sale. Taking quick again to protect themselves against litigation, agents promoted the legislation that shifted disclosure responsibility to the seller. Sellers weren’t happy and neither were agents, so a new version of an old contract was born that shifted responsibility once again, this time to the buyer. 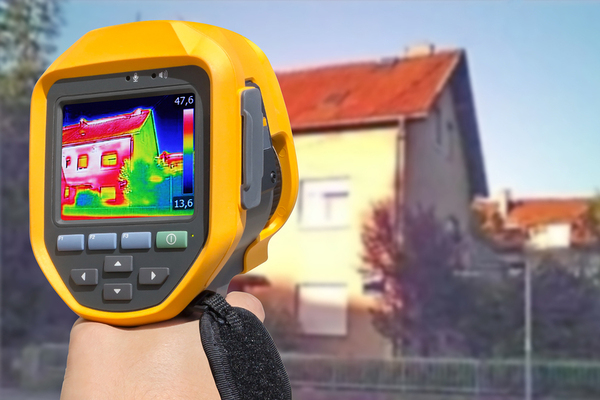 New technology has turned the simple home inspection into a bonafide investigation.

Today, buyers have a better awareness of the risks they take when buying real estate. And while they might not understand every part of a house, they know that someone else does. That ‘someone’ is a certified home inspector. More new inspectors enter the industry every year. That brings competition, which is pushing home inspecting to evolve yet again.

New technology is the wave of the future. It’s still possible to perform a home inspection with little more than a flashlight, inspection form and a pen, but forward-thinking inspectors capitalize on technology that makes their inspection a better value. Thermal imaging can spot energy leaks and water infiltration Drones make roof inspections simpler and safer. Radio controlled vehicles enter crawlspaces, even ones that are too shallow to access. Home inspecting today is driven by competition, and that’s good for everyone involved.

The home inspection industry has humble beginnings, but they aren’t as far back in history as you might think. For a little over 40 years, people have organized to offer valuable information to real estate buyers. Just imagine what the next 40 has in store.

If you’ve thought about becoming a certified home inspection, there’s no better time than now. There’s also no better place to learn than with ICA School. Enroll now and start carving your niche in a few short weeks.