Noisy pipes can be the bane of a homeowner’s existence, especially when the noise is a mystery. There’s not one but several possible causes for the pops, ticks, bangs, and rattles that happen inside plumbing. Here’s what might be happening and what homeowners can do about it.

One of the most frustrating noisy pipe sounds is the dreaded bang, bang, bang of a water hammer problem. In extreme cases, the cause of the banging sound can cause pipe collapse.

Water hammer can happen when a valve shuts quickly, sending a shock through the pipes. Inman says restricted water flow can also trigger the racket.

The homeowner could purge the whole network of water supply lines, which is sometimes enough to regulate the pressure and eliminate problems in the future. A more common solution is a water hammer arrestor. This device is connected to the supply lines, often at washing machines, and absorbs pressure shocks before they can travel through the lines. 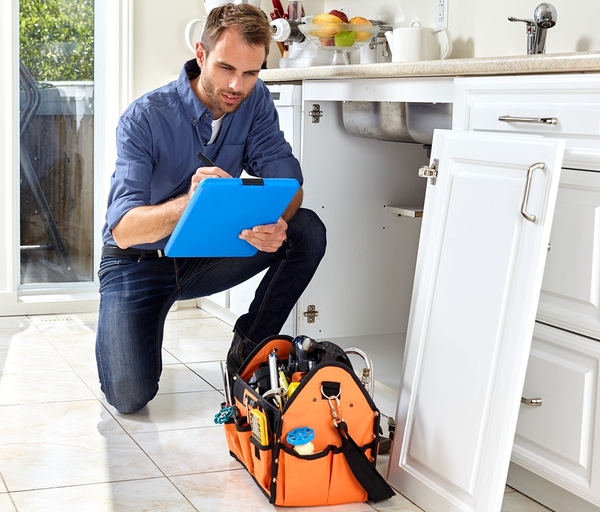 If whistling is louder at the sink, chances are the faucet needs repair or replacement.

Water Pressure Can Cause Whistles and Shrieks

Whistling and shrieking water supply lines are nearly always caused by pressure problems or restricted water flow. Inspectapedia says appliances such as power-vented water heaters could be the source of the noise.

If there’s a damaged valve, sediment or corrosion buildup, an improperly sized reducer or simply too much pressure in the lines, the pipes or fixtures can squeal when water passes through. Re-piping can help in some situations, as can repairing or replacing a damaged fixture, such as a faucet with damaged washers.

If an appliance is the cause, the homeowner needs a technician. They’ll assess the problem and recommend a solution, which may be outside the scope of a homeowner’s basic skill set.

If it Sounds like Popcorn or a Noisy Old Clock, the Culprit is Probably Heat Expansion

If turning on hot water creates quick or staccato popping or ticking sounds somewhere in the house, expansion is usually to blame. In CPVC and copper pipes, hot water causes the material to expand and shift, which produces the popping noise.

Hot water can also cause popping or ticking sounds in any wood that’s near the pipes. If lines run through a wall or ceiling but don’t have enough clearance, pipes can scrape against the opening.

There’s no immediate cure-all for popping and ticking pipes. Lowering the water heater temperature might help. This Old House says there should be ample expansion space around the pipes, as well. When all else fails, pipe wrap insulation can help dull the noise.

Noisy pipes aren’t often a sign of imminent danger for plumbing pipes. Aside from the possibility of long-term damage when pipes are loose and clang loudly, the problem is usually more of an annoyance.

As a certified home inspector, you’ll find numerous strange and outright puzzling noises. HVAC systems can squeal, lights can buzz and steps can creak and groan. But when odd sounds are prompted by a flush or the twist of a faucet handle, pressure or heat are usually to blame.

Are you ready to learn more about becoming a home inspector? Check out ICA School’s free course demo today.