Just because a main circuit breaker panel has enough slots to accommodate all of a home’s wiring doesn’t mean it’s always safe at max capacity. Many homes have a sub panel, which is usually smaller than the main, to carry some of the burden.

Sub panels are often installed for safety reasons. If the main panel is so full that wires are a crowded maze, it’s a hazard. But sometimes, they’re installed for convenience. You might find one alongside the main panel, but they can also be installed in a different room or a separate building.

Here are 4 reasons a sub panel is a smart idea.

#1: The Main Panel is Overcrowded

Most homeowners don’t access the main panel with any sort of regularity and almost never remove the cover plate or housing that exposes the wiring. Crowded conditions inside the box aren’t a daily inconvenience, but they can be a safety hazard.

A breaker panel should allow an electrician to access one circuit without tugging, shifting or working around a maze. If the wires look like a bowl of spaghetti, a subpanel helps tidy it up.

Overwiring is a sort of trick to get more mileage out of the main breaker panel. The panel might look normal at first glance, but it contains tandem breakers that allow two circuits to use one slot. Tandem breakers are different from double-pole breakers, which use two slots in the panel.

This Old House says overwiring is a code violation in most locations, but it’s not necessarily an immediate safety hazard. A subpanel lets the homeowner add more circuits without overwiring the main panel. 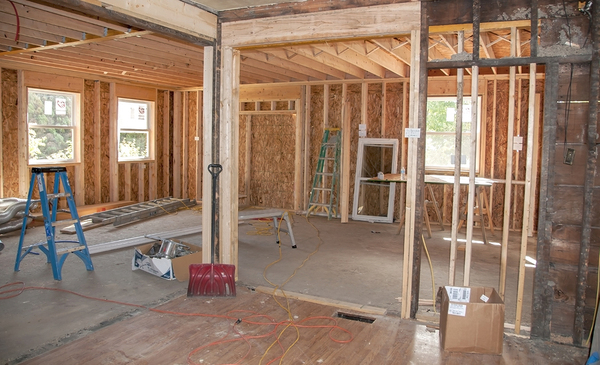 You might not recognize a finished room as an addition, but the existence of a subpanel is a giveaway.

#3: The Homeowner Built a New Addition

What happens if the homeowner adds on and needs more circuits?  If the addition is small enough, it could tap into the main panel. But if the panel is already full, a subpanel gives the electrician a black canvas to wire the addition.

Subpanels are often installed alongside the main panel, but that’s not always the case. In a new addition, it makes sense to situate the panel closer to the rooms that it feeds.

#4: There’s a Separate Unit or Building

Does the house have a separate mother-in-law bungalow, rental unit or workshop on the property? A full residential unit might be much smaller than the main house, but it has a wide range of electrical needs. There’s probably a separate water heater, kitchen appliances, and an HVAC system.

A workshop may have a wide range of unusual electrical needs, such as a special climate control system, ventilation, industrial lighting and major power tools. Depending on the size and use of the separate building, it might have its own meter and main panel.

The main breaker panel can safely serve the needs of an ordinary home, but lots of homes are anything but ordinary. Outdated wiring gets updated. Homeowners add on. A hobby, such as restoring vintage cars, can turn into a small business.

When the electrical needs of the homeowner push the main panel to its limit, a subpanel distributes the load. As a certified home inspector, chances are you’ll see numerous old and new subpanels, many of them safe and some of them in need of an electrician’s attention.

At ICA School, you’ll learn about residential wiring, breaker panels, sub panels and a host of possible defects. If you’re ready to make the career switch, enroll now and get started today.