American architecture ranges from small and quaint to grand and even a bit quirky. Some styles are more common in certain parts of the country while others became so popular that they were built almost everywhere.

One of the first jobs of a certified home inspector is to describe the house in question, so you’ll need a basic understanding of what sets one apart from another. Here are 5 types of architecture that you’ll probably find along the way.

#1: Ranch or Rambler Homes are a Mid-Century Staple

One of the most common architectural styles in America, the ranch or rambler home gained a lot of popularity in the middle of the 20th century. Designed by American architects in the West, the first examples appeared in the 10930s.

Ranch homes are usually long and rectangular, but Angie’s List says they may also be L- or U-shaped. They tend to be one-story, low-slung and have a moderately low-pitched roof. Although they’re found everywhere in America, they’re not ideal in areas that get a lot of snowfall. 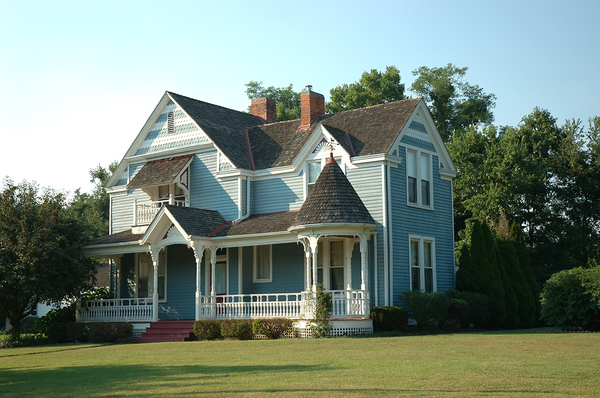 #2: Victorians are a Perennial Favorite

There’s no single type of Victorian house. Depending on the location and the period, a house could be Queen Anne, Italianate, Gothic Revival (think Addams Family), Second Empire, Folk Victorian or Stick Eastlake. There are variations within those groups, most of them fancy, tall and with steep-pitched roofs. Because of their age, Victorians might have a number of defects.

Authentic Victorians, which get their name from Queen Victoria, were built in the 19th Century. It’s an English style group that spread like wildfire “in the Colonies,” where it has remained popular ever since. New homes may be built in the Victorian style, which is often Queen Anne or Stick Eastlake, but they more decoratively Victorian than anything else. You can read more about the variety in Victorian homes at HGTV. 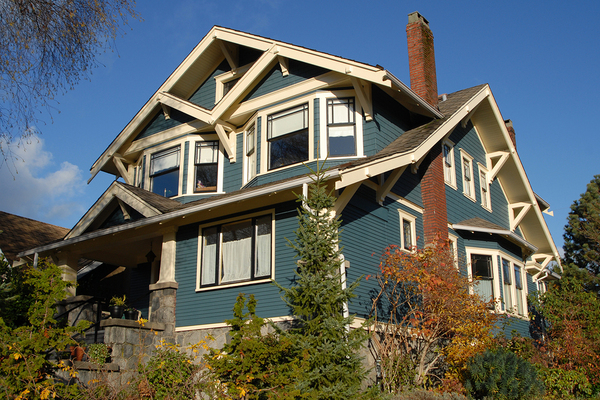 The first American Craftsman or Arts & Crafts style were designed in the early 1900s in California. They favor a broad, sturdy appearance, often with an abundance of exposed or painted wood. They may have shingle siding or painted wood and the foundation is often stone or a stone veneer.

Craftsman homes usually have an expansive front porch, a gabled roof and lots of large windows. They tend to be spacious, but some are built on a smaller scale and look more like a bungalow with one and one-half stories instead of two full stories. Check out the Craftsman story at Houzz. 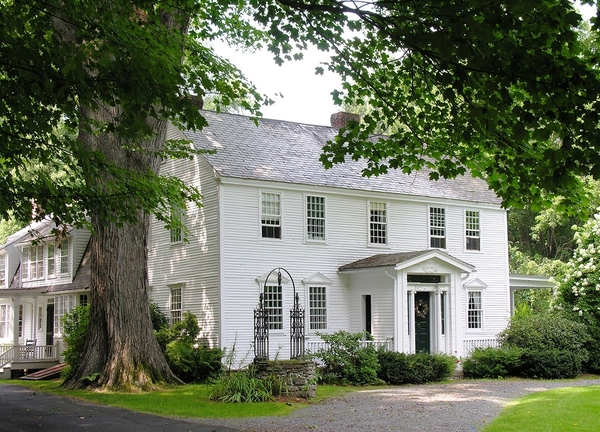 Colonials are balanced, boxy and spacious.

#4: The Colonial is an American Classic That Originated in Britain

Similar to the Victorian, Colonial homes are difficult to pin down. There’s a wide variety, including Georgian, Spanish, French and others, but they all share a few similar characteristics. Colonials, which originated in America in the 1700s, tend to be rectangular and spacious with a flat front and a center hall inside.

The symmetry is one of the things that gives away a Colonial. HGTV also says they’re known for five windows across the front, dental molding at the eaves, pedimented dormers, columns flanking the left and right of each door and window shutters. 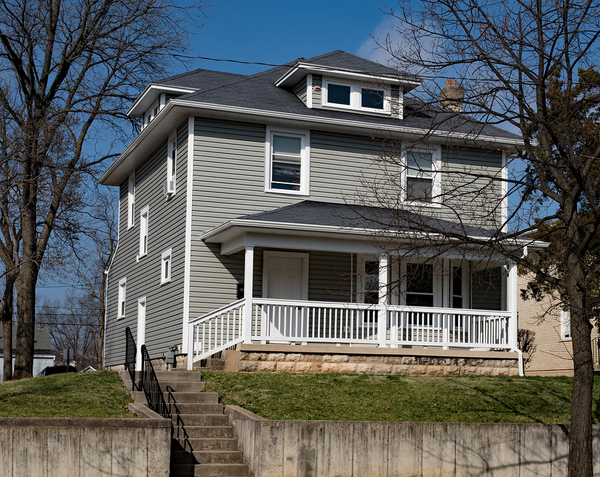 The American foursquare nearly always has a dormer that matches the hipped roofline.

#5: The American Foursquare Uses Every Square Inch of Space

Another American classic, the foursquare is true to its name. It’s square, boxy and has square interior rooms, says Old House Web.  Built during the late 1800s until around 1930, foursquares are often two-and-a-half stories tall with a characteristic pyramid hipped roof. Most of them also have a dormer in front, called a monitor dormer because it mimics the shape of the roof.

Foursquares might also be one-story or one-and-a-half, but that’s rare. Sears offered kit homes, which is one reason why they’re so common. Another is the simplicity in construction and in finishing details.

Understanding architectural styles helps you describe property more accurately, but it also has another benefit. Knowing what went into the design and the period when a house was built helps you understand the scope of potential defects. A period Victorian is much more likely to have old knob-and-tube wiring than a mid-century ranch.

At ICA School, we prepare you for starting your own home inspection business or going to work for someone else.  If you’re ready to dive in, enroll now and get started today.

Getting the Most Out of a Home Inspection
December 6, 2019
Go to Top