How Hurricane Harvey Gave Validity to Drones for Home Inspections

Drones are becoming the norm for home inspections. Before long, they might be as common as an ordinary flashlight.

It didn’t take a disaster for agencies, businesses and the public to look at them with less skepticism. But the good work that’s been done certainly helped solidify how important drones really are for better and safer information collection.

FAA Regulations Made Drones for Professionals Safer and More Reliable

Remote controlled hobby aircraft have been around for decades, but they’ve really taken off in recent years. As more models with more sophisticated features were developed, more people were drawn to them for fun and eventually for profit. Drones could be spotted buzzing around fields and, more dangerously, between buildings with no regulations in sight.

That’s where the FAA drew the line, at least until about a year ago. Now drone pilots have regulations to follow and safety checks to perform. FAA compliance helps keep people safer. It also opened up new avenues for professional pilots to serve their communities. 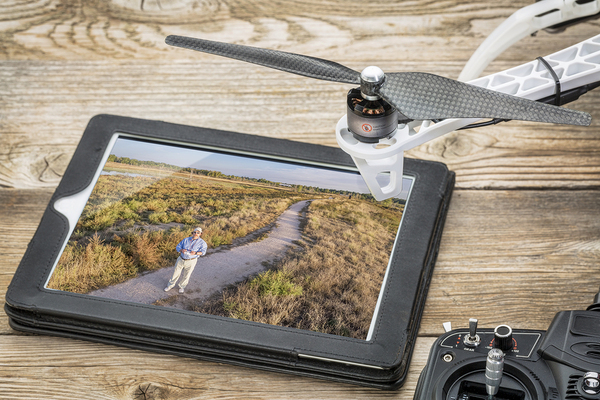 In the aftermath of a hurricane or any serious natural disaster, the first and most important task is search and rescue. People may be trapped in homes or businesses, stranded on the highway or worse. Searching for people in danger takes time when your eyes are only a few feet above the ground. With drones, the aerial view makes searching for people who need help a much faster endeavor.

Damage assessment also takes time, but drones do in a day what can take weeks or longer to accomplish without them. It’s dangerous work and challenging, too. Sometimes, the mere act of accessing damaged property puts people in harm’s way. But with drones, information is easier to collect, more properties can be evaluated in a day, and workers don’t have to risk their safety by trudging through contaminated flood waters and over debris.

After Hurricane Harvey, and now with other hurricanes making landfall this year, drones are settling into the mainstream. After Harvey, professional pilots partnered up with the American Red Cross to find people in danger. Some were trapped in homes, others in vehicles and others inside flooded commercial buildings. The S&R work would have taken days without their help.

Once the insurance companies arrived, more drones filled the air. Data about individual homes, neighborhoods and whole towns was collected in a fraction of the time that it normally takes. Some insurance companies brought their own drones and drone pilots to town. Robert Siegel of NPR called it a “breakthrough for the use of drones.” Pilots in the field can spot damage as small as a cracked window or missing chimney brick. In moments, that data can reach insurance claims adjusters in another city. Homeowners and business owners get payouts faster.

Drones for disaster relief have helped the public embrace the possibilities instead of fear them. FAA regulations keep pilots above board and professional. And that means home inspectors like you have even more reasons to think about adding drone technology to your repertoire.

You’ll never have to scale a roof to get photos or see the condition up close. Customers with steep roofs won’t have to hire an inspector with special heavy equipment just to get a thorough inspection.

Drones give you better access, and that helps you perform better home inspections. At ICA School, we help prepare you for the future of drones in the industry. Enroll now and you’ll be ready for this next big thing that promises to revolutionize home inspecting.