How to Inspect a Hydronic Home Heating System 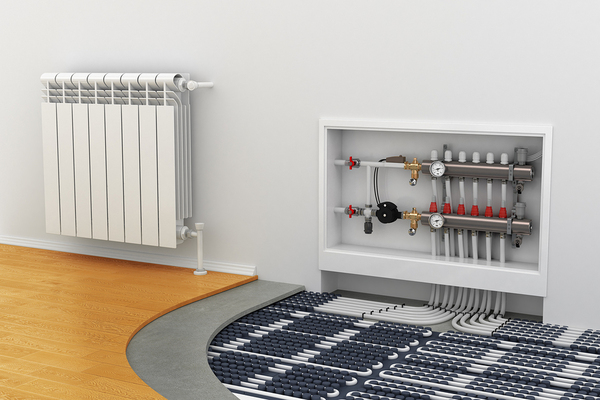 “Hydronic” is just a fancy word for a type of heating system that’s been around for over a century. Here’s the gist of how it works:

Pretty simple, right? It’s also effective. Hydronic systems have a devoted fan base because they can heat more evenly than forced air and don’t blow dust around a room. In a well-planned system, few cold spots exist and there’s no blast of chilly air at the start of a cycle.

Newer hydronic systems are a bit more flexible than their ancestors, both literally and figuratively. An installer can run the lines almost anywhere, often under flooring. That adds a few more challenges to the home inspection process.

It All Begins With the Boiler

A boiler is similar to a furnace, but there are important differences. Instead of generating heat through combustion or electricity and forcing hot air through ductwork, they heat water.

Some newer systems are much smaller than their predecessors and look less like a huge appliance. They’re more akin to an on-demand water heater. The result—hot water—is the same.

The inspection process for a boiler depends on what type of system the homeowner has installed. If it generates hot water or steam to heat the whole house, chances are it’s a major system that’s located in the basement or outside the home.

If it’s used for supplemental in-floor radiant heating, the homeowner might have a smaller unit. It could be installed virtually anywhere, including a basement, utility room or the garage.

Inspectapedia says you should locate, identify and inspect these elements: 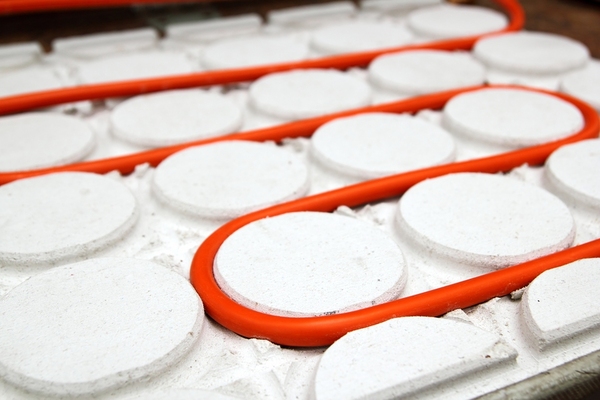 With an older boiler and radiator system, finding and inspecting the pipe is only as difficult as gaining access to check for leaks and to identify issues such as defective pressure release valves and faulty fittings. Fewer pipes make up an older system, as they travel from the boiler to each room and back to the boiler again.

In a newer hydronic system, you might have no access to the majority of pipes or tubes and there are a lot more of them.

Imagine a long garden hose weaving back and forth in a zigzag pattern to cover as much of the floor as possible. Now imagine that hose under the floor either embedded in concrete or nestled into deep channels on a grid that protects it from impacts and crushing damage.

With a newer in-floor system, you may only have access to pipe or tube fittings, which can loosen or break and leak.

Some Homes Have Classic Radiators, Some Don’t

You’re probably familiar with classic-looking radiators. This Old House says they date back to about 1860. Freestanding units made of cast iron stand between two-and-a-half to three feet tall. Radiators might have defects such as rust, leaky or broken fittings or other physical damage.

Older hydronic systems have two main pipes that run throughout the house. One carries hot steam (sometimes water) from the boiler to feed each of the radiators. The other carries cooled water from condensed steam inside the radiators back to the boiler.

In a large home, there might be two or more of those two-pipe circuits.

Each radiator in the house has two short lengths of pipe connected to it:

Some homes have baseboard-style radiators. The performance is similar to that of a freestanding radiator. Steam enters the baseboard unit and water drains out through pipes that tap into the main boiler pipe feed and return circuit.

Most radiators have a valve. Newer radiators might have more than one. In an older style unit, a bleed valve lets the homeowner bleed or release unwanted cold air from the radiator. Cold air interferes with even heating and it can also make the system noisy. Usually, homeowners bleed the lines at least once a year at the beginning of heating season.

A thermostatic radiator valve is different and not every radiator has one. It regulates how much heat enters the radiator, which serves as a manual temperature control device for the room. You can identify it by its numbered dial design.

Older hydronic systems might look outdated, and sometimes they are. It depends on the condition of the radiators and pipes and the age of the boiler. With a modern boiler plus well-maintained pipes and radiators, the home is probably warm as toast all winter.

Newer hyrdronic systems may have defects at the boiler or water heater or at the pipe fittings.  You probably won’t have access to most of the system since it’s mainly under the floor.

Certified home inspectors find all sorts of interesting systems, especially in older homes. Most of the heating you inspect will probably be modern. But some of it might have components that are 100 years old. ICA School prepares you for all of it.

If you’re ready to embark on a new career, you’re in the right place. Enroll now and become a certified home inspector at your own pace.