Drone Thermal Imaging: The Next Wave in UAV Inspection Services 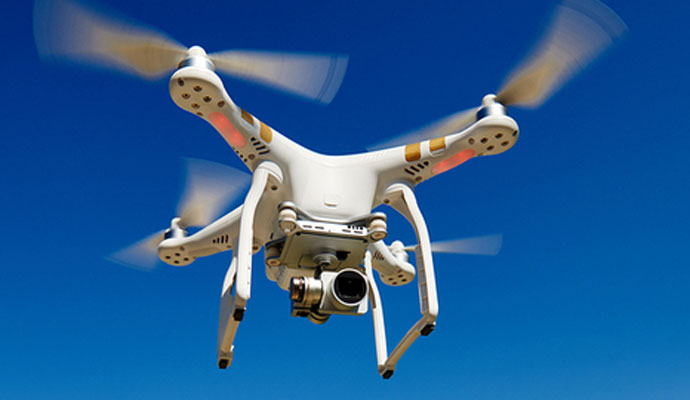 Not long ago, the use of drones, or unmanned aerial vehicles (UAVs) was confined almost exclusively to the military and governmental agencies. It’s only been within the past few years that advances in technology brought down the price of drones to the point the general public could afford them.

At first considered novelties or toys, it wasn’t long before someone came up with the brilliant idea of using drones for roof inspections. The addition of infrared thermography equipment made it possible to get a bird’s eye view of a home’s roofing system and collect valuable information about the house’s energy efficiency without climbing up a ladder or peering through binoculars.

Drones became popular among home inspectors a few years ago as a safer and time-saving alternative to climbing ladders and trekking across dangerous sloped roofs. It was a great idea that made a lot of sense, since it allowed home inspectors to get detailed aerial views of rooftops that weren’t possible by climbing up and standing on a roof. Regardless of the site conditions or the roof’s degree of slope, a drone can fly overhead to capture and deliver great images from above. Using drones rather than inspecting rooftops manually also saves wear and tear on both the roof and the inspector.

At first, there were questions as to the legality of drones being operated by the unlicensed general public. Some unscrupulous UAV pilots took to the skies using their drones for dubious purposes, including invasion of privacy. There were no laws in place regulating the public’s use of drones until 2016, when the FAA released its official Small Unmanned Aircraft Systems (UAS) Rules for the safe and legal use of UAVs. As long as a drone pilot abides by the safe operation rules, it’s okay to use drones for home inspection work, although the FAA requires all drones weighing more than 0.55 pounds (8.8 ounces) to be registered, which costs $5 and needs to be renewed every three years. 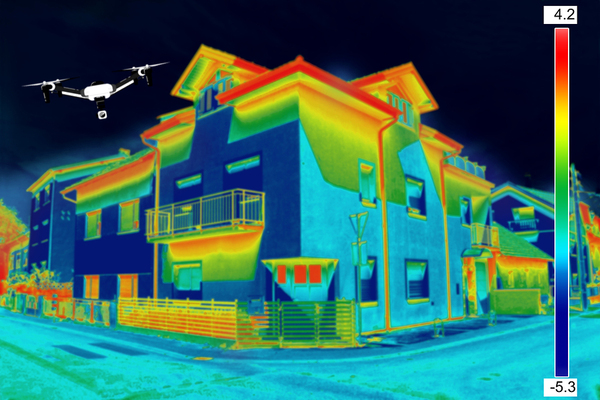 The high-resolution still images and videos captured by drones are a boon to the home inspection industry. With drone thermography, customers get a more thorough analysis of the house they plan to buy.

Thermography, as defined by the U.S. Department of Energy, is the use of infrared technology to measure surface temperatures. Those measurements are digitally converted to color images that show hot areas in red and cold areas in blue.

Combining thermography with drones allows detection of defects not visible to the naked eye. Using thermal imaging as a part of the home inspection process reveals hot and cold spots where the home is less energy efficient than it might be. As an example, if portions of the roof appear orange or red on the display screen, insulation needs to be added to those areas to prevent heat loss through the attic. Drone thermal imaging can also help detect water infiltration, leaks, pockets of accumulated moisture and areas with mold or rot before they cause serious damage. These cold, damp areas will appear as dark blue on the thermal imaging screen.

The primary reason thermal imaging isn’t used more extensively in home inspections is cost. A top-of-the-line home inspection drone equipped with color video and still image cameras, digital tablet, thermal camera and image analysis software will cost more than $10,000. There may be some less expensive drone thermal imaging systems around, but as is true with most things, you get what you pay for.

Despite the cost, using drone photography combined with thermal imaging for inspecting homes provides a more complete depiction of a house’s condition and a better value for customers. From the inspector’s standpoint, using the equipment to inspect rooftops, pinpoint leaks and detect heat loss make the process simpler, safer, faster and generally more efficient.

It’s unlikely that many of today’s homebuyers would be willing to pay $300 an hour for a roof inspection. As technological advancements continue to bring down the cost of thermography equipment, the cost of rooftop inspections using drone thermal imaging to also come down. Look for more professional home inspectors to include drones with high resolution thermal imaging systems in their inspection equipment.

Enrolling in ICA’s online training is an efficient, all-inclusive and affordable means of starting a new career as a professional home inspector. To get started today, click here or call us at 888-374-4096.