Get the Skinny on Inspecting Metal Roofs 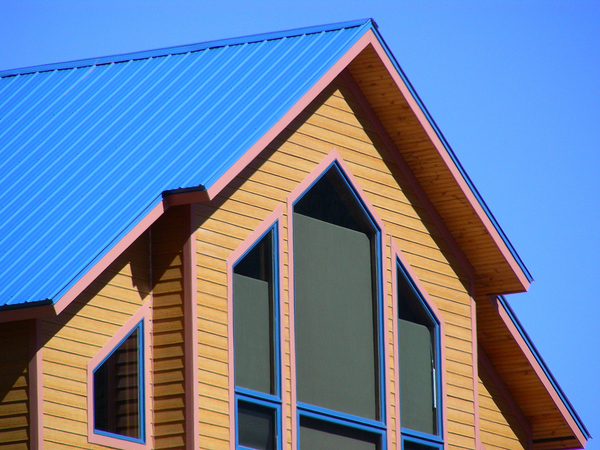 What began life as a rather humble roofing material is enjoying widespread appeal these days. Metal roofing was once only available in one color: metal! Now it’s available in a rainbow of shades and looks great on a wide range of homes.

With the resurgence in popularity, you’ll probably see metal roofs more often than in decades past. Here’s what you need to know about the material, its installation and common defects that you might find.

People love metal roofs because they’re lightweight, impact resistant and they’re often quite affordable. Available in shingles and panels, metal works on steeply pitched roofs or nearly flat ones that barely have a slope. Metal is noncombustible, and it sheds rain, snow and debris like nobody’s business. And unlike asphalt, the freeze and thaw cycles won’t degrade it. They’re beautiful, too. You can find metal roofing in aluminum, galvanized steel, stainless steel, zinc and copper

As for the downsides, metal roofs can corrode. They’re corrosion-resistant, either by galvanization or a baked-on coating. But even galvanized or coated metal can rust after years of exposure or if the coating is scratched. Once rust begins, it can spread like wildfire. Metal also expands and contracts in hot and cold weather, and fasteners sometimes loosen up.

Metal roof installation will vary depending on the material, the type of roofing and the roof shape. But generally, they’re installed with seams running vertically or top to bottom. Horizontal installation isn’t appropriate. Roofing seams might be standing, flat or battened, says CREIA. And while most metal roofs have ribbing detail, which improves strength, the absence of ribbing usually isn’t a defect even if the sheet of metal is buckled or “oil canned.”

The classic metal roof fastener system consists of metal screws with neoprene washers, which make the screw holes water-tight. You might also see an installation with clips. Nails aren’t common, but certain manufacturers might call for them. Fastener spacing should fall between 6 to 10 inches horizontally and 12 to 24 inches vertically, says CREIA. And you should find more fasteners in lift-prone locations, such as near eaves and gables. 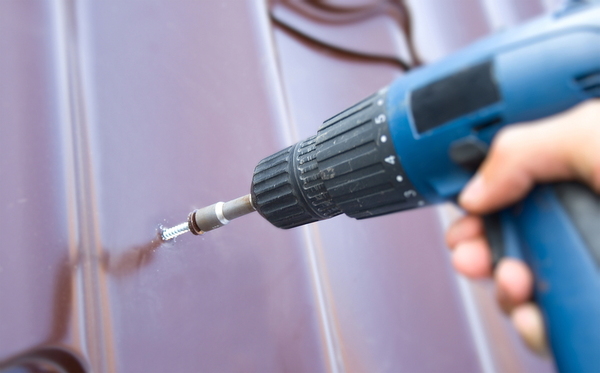 Some of the most common metal roof defects happen at the fasteners.

Rust is probably the most widespread metal roof defect. It’s common along cut edges where the protective coating has been broken, and can also happen around fasteners. Early stages of rust might be difficult to spot from the ground, but CREIA also cautions about walking on a metal roof. They can bend, and they can also be slippery. When it’s sunny, they can be extremely hot.

Fastener failure is another common problem. Screws might loosen up or rust before anything else. And if they’re over tightened, the water-tight washer might pop through leaving a vulnerable hole. Overtightening can also cause dents and dimples in the shingles or panels. Seams can collect debris, and they can also allow in leaks if they’re not properly sealed. And any place rust is present, water leaks might also be.

Watch out for lookalike materials that aren’t really metal. While they can’t corrode, they can break underfoot. You shouldn’t walk around on them. Fiberglass is one common faux metal panel, and PVC is another.

Metal roofs aren’t highly technical or expensive, and they protect homes against the elements. Those are definite pluses for homeowners. The biggest failure risks are corrosion and leaks. Where telltale corrosion is present, water is, too. And that can allow moisture behind the roofing and into the home’s framework.

ICA School prepares you for a brand new career in home inspections. You’ll learn about home systems and how to inspect them, and that including inspecting metal roofs. If you’ve been on the fence about signing up, this is a great time. Enroll now and start your self-paced training course right away.

How to Market Your Home Inspection Business
March 6, 2020
Go to Top