How a Better Contingency Could Grant You Better Home Inspection Access Sometimes, it seems as though the buyer in a home sale has less information and fewer protections than anyone else. That’s unfortunate since they’re at risk of investing in a lemon. In a perfect world, at least according to some home inspectors, a better inspection contingency would allow more invasive access to evaluate the home and produce a comprehensive home inspection report.

Contingencies, which are addendums to an agreement, can give buyers an out, but all parties have to agree to the terms. With a better contingency, inspectors could find the problems that so many buyers wish they’d known about before sitting at the closing table.

You wouldn’t buy a car without investigating its history. If it’s new, you’d search for reviews from people who’ve bought the same model. If it’s used, you’d probably ask for the vehicle maintenance and accident history report. You might even ask an independent mechanic to give it a once-over. That’s ordinary due diligence.

With a home sale, both the buyer and seller tend to want a faster process, not a slower one. But inspections take time. Especially in competitive markets, time is something that nobody has enough of. Some sellers want to help out. But some definitely don’t. Check out this conversation thread at Zillow to see how polarized buyers and sellers are about access.

It’s almost baffling to think that people regularly commit to paying hundreds of thousands of dollars for a house without the same due diligence as buying a car. But even with a general home inspection, sellers don’t always comply. Outlets are blocked, attics are inaccessible and other issues pop up on site. With a better inspection contingency, home inspectors could find answers on the front end that so many buyers think about after they’ve signed on the dotted line. 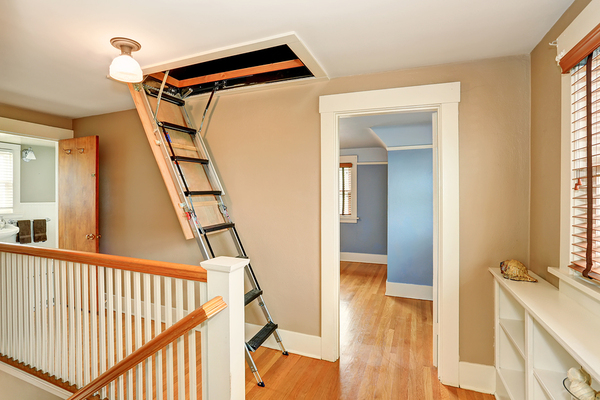 In the best-case scenario, attic stairs function, closets are accessible and boxes are moved out of the way.

One of the defining characteristics of a home inspector’s work is the “visible and accessible” language in most Standards of Practice. Inspectors don’t move furniture, pry open doors or relocate boxes to find the main electrical panel. If it’s accessible, it’s inspected, says The National Association of Realtors®.  If it’s not, it isn’t. A better contingency would inform the seller about those limitations and ask them to acknowledge them with a simple checkmark.

According to Rudy Saltzman of StructureTech inspections, many contingencies explicitly state that the seller doesn’t allow intrusive testing or inspections. That’s reasonable, since nobody wants an inspector to dig into walls or pull up carpeting. But what’s missing in many contingencies is an agreement to provide access.

Saltzman says that if he had his way, these addendums would add lines that make sellers aware of their part in the inspection. For example, he says there should be a line that states sellers agree to make the attic and crawlspace accessible for inspection. Other lines might include making the main electrical panel, appliances, and garage available and accessible.

What Home Inspectors Can Do Right Now

Home inspectors might have their hands tied as far as gaining access to a home, but they have the power to educate and work for change in the industry. Blogging about issues such as accessibility helps, just as Saltzman does at StructureTech. Talking with real estate agents about your concerns is another step in the right direction.

You might also bring up the issue at an association meeting. Chances are, other inspectors share your concerns about accessibility. If enough of you work together, you might turn the tide in a direction that’s more favorable for you and your customers.

Another way to effect positive change is by drafting an informational brochure for sellers and buyers, which real estate agents could if inspired, hand out when they take on a new client. Sellers probably worry more about what an inspector will find than what they won’t, but it’s time for everyone in the process to accept a little transparency.

A home really is the largest investment that many people will ever make. Due diligence is expected with every other major financial transaction. It’s only logical that buyers should push for as much information about the house as they can reasonably get.

You can expect a little blowback from sellers and their representatives. That’s a logical response. But transparency eventually benefits everyone. It helps the buyer make a more educated decision, it helps real estate agents support their good name, and it helps sellers once it’s their turn to buy.

Are you ready to become a certified home inspector? ICA School offers one of the most comprehensive education programs available, and you can work online at your own pace. Enroll now and start making positive changes in your community.