Disaster Shines a Favorable Light on Drones for Inspections While home inspectors are starting to embrace drone technology, there are still plenty of misconceptions about their use and whether or not the technology is safe. Some people worry about privacy. Do drone pilots really want to peek inside residential windows? And some believe they’re dangerous. In the wrong hands, that’s true. But the recent wave of natural disasters is lending new to an industry that’s growing larger every day.

Disaster relief pros in Texas partnered with professional drone pilots after Hurricane Harvey and the results were pretty spectacular. Drone technology lets the American Red Cross and other organizations, such as insurance companies, find people, coordinate rescues and map out damage from neighborhood to neighborhood.

The more the public understands how drones can help the more the home inspection industry can expect customers to embrace it, as well.

Immediately following Hurricane Harvey, amateur drone pilots came out to look around and possibly help. The FAA, however, restricted flight, threatening “significant fines,” says USA Today,   Amateurs who don’t follow the rules can interfere with rescue efforts when they fly where they’re not allowed. That kind of activity also gives drones a bad reputation with the public who isn’t up on the technology.

When the American Red Cross asked via social media for help from drone pilots across the country, the situation became more complicated. People with different levels of training “arrived to a chaotic situation,” USA Today explains. But something incredible happened along the way. 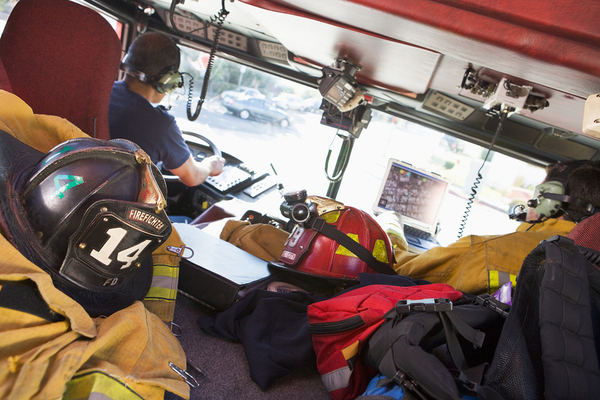 Data and imagery collected by drone pilots helped coordinate rescues and alert responders to the conditions they were entering.

While the flood waters from Harvey were still blooming in Texas, professional drone pilots were working with the American Red Cross. Rescue efforts were coordinated and communities were mapped in a way that people on the ground couldn’t do alone. Drone Life says this is a “welcome story for the drone industry.”

Later, insurance companies worked with scores of drone pilots for both mapping and for detailed imagery of residential and commercial storm damage. According to Fortune, Harvey presents an “unprecedented test of unmanned aircraft’s ability to assess billions of dollars in damage” for insurance companies. The technology is expected to both speed up the claims process and improve data accuracy.

As drones and drone pilots prove their mettle with disaster relief efforts and insurance claims assistance in Texas and now Florida, public opinion about the technology is beginning to take on a more realistic shape. Where people once worried about the presence of drones, they’re beginning to embrace their capabilities.

More and more, drones are becoming part of everyday life. Some people use them for fun as a hobby. Some start their own companies, taking clients as varied as real estate agents and music video producers. And some are work as certified home inspectors.

In the home inspection industry, drone technology lets you stay on the ground to get high-quality images and a bird’s-eye view of shingles, flashing, roof penetrations plus everything else that you’d normally climb a ladder to find. At ICA School, we help prepare you for this next evolution in home inspecting. Our drone education module rounds out an education program that lets you hit the ground running.

Enroll now and start your next career in as little as a few months.