Vermiculite Insulation: Is it Really a Risk if it’s in the Attic? 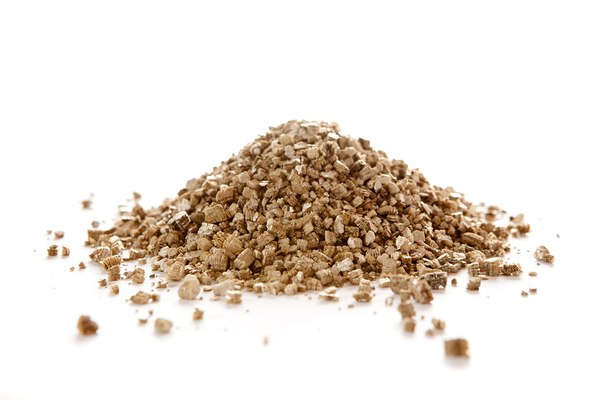 It might look harmless, but some vermiculite have a nasty personality.

Much has been made about the danger of asbestos over the years. It seems you can’t flip through the channels or scroll through a website without seeing an advertisement for legal services for asbestos victims. While our society has become more educated about the risks associated with asbestos, other forms of the substance still appear in older homes. Vermiculite, for instance, may seem innocuous but could be potentially dangerous for homeowners. For professional home inspectors, it may only be a matter of time before they’re faced with the stuff.

The Danger of Vermiculite

It might look harmless, but some vermiculite has a nasty personality. While it would be nice to assume that all vermiculite was designed with the health and safety of consumers in mind, that’s not always the case. It’s often up to home inspectors to spot the difference between the vermiculite that contains asbestos and the kind that does not.

Avoiding home hazards can be tricky, especially when the EPA has a different opinion from that of a court of law. Asbestos strikes fear in the hearts of homeowners, buyers and home inspectors – for good reason. And when it comes to inspecting older homes, it’s hard to avoid coming across one with asbestos insulation at some point. The question is whether or not to sound the home hazard alarm.

If you listen to the EPA, vermiculite insulation likely isn’t a big deal, at least not in many homes. But if you pay attention to independent research, you might just come to another conclusion. Quality home inspectors must stay abreast of these findings and incorporate evolving advice and recommendations into their daily practices.

The Fine Line of One Percent

The EPA says that vermiculite insulation, which is the pebbly stuff found in attics of many older homes, is only risky if it contains more than one percent asbestos. That’s good news, because most Zonolite, a type of vermiculite insulation, falls into that category. For years, Zonolite was used in the insulation of homes throughout the United States. While some believe the substance to be safe, a 2008 class-action lawsuit against W.R. Grace, owner of the Montana mine that produced Zonolite, came to a different conclusion.

The court found that one percent wasn’t a strict enough standard. Even when Zonolite contained less than one percent, the court said it was still dangerous. One reason why is because the type of asbestos in Zonolite was often “amphibole,” says StructureTech. That’s a more dangerous type than the chrysotile asbestos that was used in many other home products.

While one percent asbestos doesn’t sound inherently dangerous, any exposure to the substance can lead to serious health issues. It’s part of why asbestos has been largely phased out of modern manufacturing, building and construction techniques. Home inspectors are trained to be on the watch for any sign of the dangerous substance. Still, the one percent rule means asbestos remains legal for use in countless products used daily by Americans, complicating the matter.

Legislation surrounding asbestos, vermiculite and materials like Zonolite has not been updated to reflect the legal findings of these lawsuits. Until lawmakers see the true danger associated with even the smallest amounts of asbestos, it is unlikely that anything will change. Home inspectors will need to arm themselves with the facts – and the legalities – surrounding asbestos-based vermiculite before educating clients about their options. 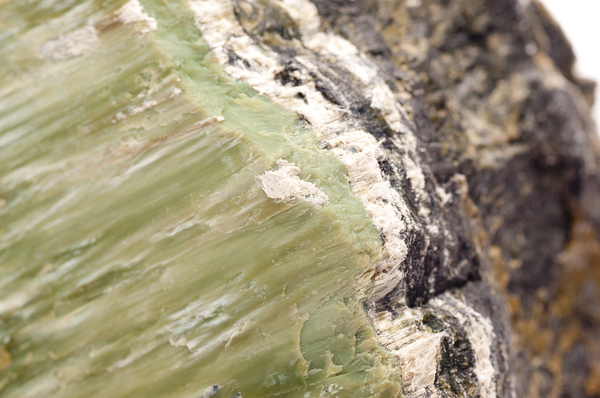 People don’t live in their attics, so direct exposure to Zonolite might only happen once in a while. But there’s a problem with that line of reasoning, too. The asbestos that’s found in some ceiling and floor tiles, which are inside living spaces, are usually sealed. Zonolite is different.

The crumbled texture of this attic insulation leaves asbestos exposed to anything that might disturb it. Because it’s not sealed, Zonolite asbestos might easily become friable or airborne.

That’s when it’s a human health hazard. Once it’s in the air, it can go anywhere. And any disturbance in the attic can send it airborne the same way that setting down a box can stir up dust. Consider the ways in which the average homeowner uses their attic. Typically, such spaces are used for storage. Even the semi-annual trip up the stairs to the attic to grab Christmas ornaments or to hide birthday gifts could lead to serious health risks.

W.R. Grace no longer manufactures Zonolite, and they’ve also switched gears. The Zonolite Attic Insulation Trust helps homeowners who have asbestos insulation get rid of it safely. They also help with re-insulation. The Trust will reimburse homeowners 55 percent of the cost of removal and new insulation. Home inspectors should refer clients with Zonolite in their attics to W.R. Grace’s website to ensure the insulation is properly removed.

All vermiculite isn’t Zonolite. But so much vermiculite has been tested and confirmed that it’s better to err on the side of caution. If there’s gray-brown pebbly insulation on the attic floor, it most likely contains enough asbestos to be a hazard to the people living there.

In 2018, the United States Geological Survey (USGS) announced the development of a new tool for home inspectors hoping to identify dangerous vermiculite. Their hand-held spectrometer can save serious time for inspectors while providing peace of mind for homeowners. In just a few moments, the portable device can tell home inspectors if vermiculite insulation contains asbestos. This allows inspectors to alert homeowners of the problem fast – the previous testing required samples to be sent into a lab. The downside? The new technology is expensive, with individual spectrometers running tens of thousands of dollars. It’s also limited in scope, since the tool can only test for amphibole asbestos, one of the two asbestos types.

Though pricey, the new device could have long-reaching implications for public health. The spectroscope uses near-infrared technology to detect the source of vermiculite and determine if asbestos is present. By tracing dangerous vermiculite back to its source, victims of asbestos exposure and mesothelioma also have a new avenue to pursue legal action against negligent insulation companies.

If you discover dangerous vermiculite in the home of your client, their first question may be about removal. While the idea of living in a home insulated with asbestos-laden vermiculite might be upsetting, it’s important that homeowners not to disturb the hazardous substance. Any movement of the vermiculite may release asbestos fibers into the air and eventually into the lungs of the home’s occupants. Leave the removal of vermiculite to professional asbestos contractors.

In the meantime, homeowners should avoid using vermiculite-insulated attics as storage space. Children should be kept away from the attic, too. Anything that can disrupt the insulation in any way presents a new risk, so closing off the attic entirely is best – at least until the professionals can come in to do their part.

Home inspectors should guard their own health as well as that of homeowners and potential buyers. If there’s any evidence of vermiculite insulation, advise clients to leave it alone and get a professional assessment. Zonolite Attic Insulation Trust knows how to test and handle it safely. When inspecting attics where Zonolite may be present, be sure to wear a respirator or, at the very least, a dust mask to protect the lungs from the potential asbestos in the air.

Asbestos abatement professionals have the tools necessary to rid a home of Zonolite for good. If you spot Zonolite in a home, encourage the homeowner to schedule an appointment with an asbestos abatement company. In the meantime, minimize any exposure to the stuff when inspecting a property. Avoid any movement that could send the vermiculite airborne.

In January, ASHI offered a learning module, “Significance of Finding Vermiculite Attic Insulation.” You can download it and learn more about identifying Zonolite and why Zonolite such a hazard.

Home inspectors do a lot more than look for wobbly handrails and dishwashers that won’t start up. Part of the job is identifying hazards such as asbestos insulation. Staying up to date on the latest home hazards can be tricky, but training through ICA School makes it easy to bring your industry knowledge up to date. Created with the latest tools, techniques and best practices in mind, our offerings are as comprehensive as they are convenient. ICA School training can help you better serve your clients. If you haven’t done so already, enroll now. You can learn at your own pace and start a new career in as little as a few weeks.