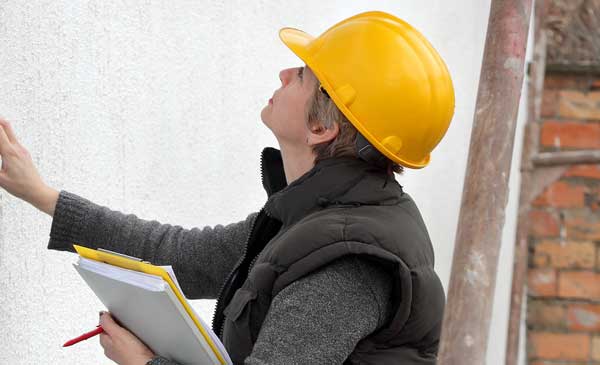 There appears to be no end to the old saying, “It seemed like a good idea at the time.” Synthetic stucco fits neatly into that category, and for a number of reasons. It looked great, and at one time it was thought to be a fine solution to finishing home exteriors. But now that the honeymoon phase is over, a lot of problems have arrived.

Exactly What is Synthetic Stucco?

Synthetic stucco is an exterior insulation and finish system or EIFS. It’s often pronounced “eefs” for short. Like traditional stucco, it’s a cladding system that ASHI Reporter says gained a small following in the 1960s, and then spread across the new construction industry somewhat quickly in the ’90s.

EIFS is an inexpensive system, especially compared to traditional stucco. That’s rather ironic considering how many builders charged home buyers extra – more than vinyl siding – for this so-called stucco upgrade. The aesthetics sold the system, and many buyers didn’t know the difference.

EIFS was designed to install over a masonry surface. It later made its way into cladding for wood framing, and that’s where the trouble really began. EIFS consists of insulation board but no builder’s paper or house wrap, a drainage plane (on some), a polymer basecoat, fiberglass mesh instead of wire lath, and an acrylic topcoat. ASHI reporter says that it’s basically like wrapping a house in a plastic bag.

The troubles with this system are so damaging and so widespread throughout the country that class-action lawsuits began popping up in the 90s. The primary concern? Water damage. That’s not difficult to imagine, when you consider what would happen to a house inside a plastic bag if that bag was ever punctured or torn. And the National Association of Realtors® says that some installations were unthinkably applied over gypsum, which could result in untold damage.

Traditional stucco has no waterproof membrane encapsulating the house. It takes on water, but it also breathes. Water that gets in can easily dry out. But when water seeps inside synthetic stucco, it’s trapped and has nothing else to do besides rot the wood, rust metal and grow a garden’s worth of mold.

To add insult to injury, the lack of proper builder’s paper or house wrap behind synthetic stucco means water can travel into the wall, between the insulation board seams, and on into the house. Newer installations use a drainage plane, but plenty of earlier 90s homes lack that protection.

EIFS disclosure varies by location, so buyers should ask lots of questions about a stucco house.

How to Spot the Problems

A home with EIFS typically has a few more common areas where water infiltration occurs and damage might be lurking. Generally speaking, any seam or break in the material is a potential spot where water can get in.

Check around windows and doors, areas where materials such as conduit, pipes, fasteners or anything else punctures the EIFS, all along roof and deck flashing, areas where the EIFS has been installed below grade and throughout any detailed architectural elements. Any bulges, cracks, loose areas, old patches, dark streaks and exposed fiberglass mesh are all warning signs of damage lurking underneath.

You might encounter some difficulty determining the difference between stucco and EIFS, but ASHI Reporter says time and experience will show you which is which. Stucco has a harder feel and a more solid sound when tapped. Synthetic stucco feels softer and lacks the solid sound.

Synthetic stucco has greatly improved since the 1990s, but there are still many homes around with the original cladding. And where it exists, problems are likely to hide. Something as seemingly innocuous as a nail or screw can create the perfect spot where water can creep in and cause a lot more damage than is visible from the outside.

It takes a keen eye and a bit of experience to spot synthetic stucco and locate defects. But with the volume of builders that made use of EIFS, any stucco-like house that you inspect might be carrying a deep, damp secret.

Home buyers and home owners alike rely on the services of trained home inspectors. That’s why ICA School offers a comprehensive educational program that’s designed to prepare you for this rewarding career. If you’re ready to get started, enroll now and work toward certification at your own pace.